August 28, 2013
The Summer is over and slowly everything is started again. During the Summer I attended Microsoft Dynamics CRM 2013 Partner Training Blitz. About the much anticipated new release of Dynamics CRM. 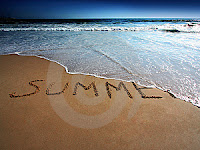 Of course, we all heard the basics about new improved UI & UX, no more annoying popups, easy way to check field without J(ava)script etc (more in links below). From my personal perspective the most interesting fact is that on database level the entity tables, you know the base and extension, are finally merged to just ONE table that is nice :)

Of course the twitter exploded after the event it was worldwide semi broadcast/live or whatever event, guess Skype was not ready yet or maybe our 'live' questions would be to difficult ;-)

A lot of photo's were made, of course we live in smartphone age, but oh might be Microsoft did miss that....Oh I did hear that the content was not to be published...oops

Nevertheless the improvements looks nice and some of us are lucky to get hand on the beta version and can play with it. It should be releases in October at least for online.

Microsoft Dynamics said…
This is such a great resource that you are providing and you give it away for free. I love seeing websites that understand the value of providing a quality resource for free. It?s the old what goes around comes around routine. Did you acquired lots of links and I see lots of trackbacks??
Dynamics training
September 6, 2013 at 2:39 PM

exceeded the threshold of 10 seconds?

As you should know by now in case of mysterious CRM bugs always check the event viewer. It is the source of all kinds of events like: information, warning and our fav "errors". Guess, the common one is the printer, yes we do not install those on servers. Nevertheless the event viewer logs are often overlooked and especially the warnings might give you some nice clues. You might have seen something like " Query execution time of 10.6 seconds exceeded the threshold of 10 seconds ." and also mentions your CRM database. In my case and think also others still might wondering, where the *&^% we can change those 10 seconds. My first guess would be "treshold" settings in MS SQL server, but this is something completely different. It is some cursor stuff (stalk your dba). Hmmm what other settings we might have the most important are described in the following post: http://blogs.msdn.com/b/crminthefield/archive/2011/06/13/microsoft-dynamics-crm-timeout-se

Yesterday Microsoft announced the release of "Windows Server 2008 Hyper-V", the new virtualization technology of Microsoft. The main reasons for choosing for virtualization are scalability, cost and performance benefits. Guess, we all had to deal with VMware environment, which are not supported. The future of virtualization will change with this released software and I think we will quickly see Microsoft Dynamics CRM production environments based on Hyper-V technology. More information about Hyper-V at: http://www.microsoft.com/windowsserver2008/en/us/virtualization-consolidation.aspx You can read press release at: http://www.microsoft.com/presspass/features/2008/jun08/06-26hyperv.mspx Start trying!