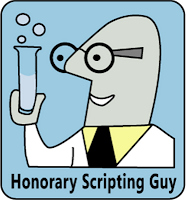 Oh where did the time go? It is already May and I guess I skipped April this year ;) I am back in the field and actually doing some basic coding not the C# stuff but good old JavaScript.


I did start ages ago and just to add some historic facts a quote:


"...JavaScript was originally developed in Netscape, by Brendan Eich. Battling with Microsoft over the Internet, Netscape considered their client-server solution as a distributed OS, running a portable version of Sun Microsystem's Java... " (source wikipedia)"


Basically you like it or you hate it. In my case I need to do it often too keep track of the DOM and the syntax. In CRM 2011 as you noticed there are some changes made in comparison with CRM 4.0. Nevertheless the basic stuff of hide, show, copy files is nice, but interesting part is calling web services and this could give you some nice functionality. Also the way you can store your coding in CRM is definitely improved.

So, basically I was making some ugly script and run of course in bug with getting the value of check box. It works fine when you use radio button or list, but not with the famous box. There was some workaround, but of course we try to use supported coding for a change and lucky I could change the layout of the checkbox and got the script working on a onChange event.

I also tried to add some JSON but I stranded on the CRM 2011 permission got some error stating the protocol was not supported. I got tipped by colleague to use " XrmServiceToolkit" and this would help you to use SOAP and worked like a charm :)

exceeded the threshold of 10 seconds?

As you should know by now in case of mysterious CRM bugs always check the event viewer. It is the source of all kinds of events like: information, warning and our fav "errors". Guess, the common one is the printer, yes we do not install those on servers. Nevertheless the event viewer logs are often overlooked and especially the warnings might give you some nice clues. You might have seen something like " Query execution time of 10.6 seconds exceeded the threshold of 10 seconds ." and also mentions your CRM database. In my case and think also others still might wondering, where the *&^% we can change those 10 seconds. My first guess would be "treshold" settings in MS SQL server, but this is something completely different. It is some cursor stuff (stalk your dba). Hmmm what other settings we might have the most important are described in the following post: http://blogs.msdn.com/b/crminthefield/archive/2011/06/13/microsoft-dynamics-crm-timeout-se

Yesterday Microsoft announced the release of "Windows Server 2008 Hyper-V", the new virtualization technology of Microsoft. The main reasons for choosing for virtualization are scalability, cost and performance benefits. Guess, we all had to deal with VMware environment, which are not supported. The future of virtualization will change with this released software and I think we will quickly see Microsoft Dynamics CRM production environments based on Hyper-V technology. More information about Hyper-V at: http://www.microsoft.com/windowsserver2008/en/us/virtualization-consolidation.aspx You can read press release at: http://www.microsoft.com/presspass/features/2008/jun08/06-26hyperv.mspx Start trying!